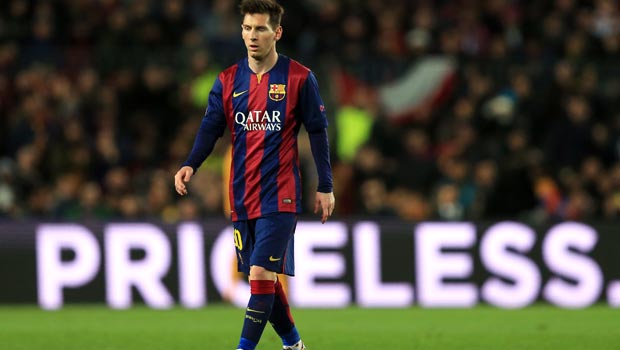 Barcelona manager Luis Enrique has described Lionel Messi as the best player in the history of the game after his stunning performance on Wednesday in the Champions League last-16 second leg Manchester City.

The Argentina international was a constant menace at the Camp Nou as the Catalans tore apart the Premier League champions to win 1-0 on the night and 3-1 on aggregate.

The scoreline could have been a lot worse with City goalkeeper and England international Joe Hart pulling of a string of saves to deny Luis Suarez and Neymar, amongst others.

Messi has been the stand-out player in the Champions League this season with the Argentine having created 30 chances in the competition so far, eight more than nearest challenger Koke of Atletico Madrid.

The victory means three Spanish teams have reached the last-eight of the tournament and Enrique will be feeling confident of lifting the trophy with Messi by his side, describing the striker as the best player in history.

“What Leo Messi is able to do is already known by everyone. He is the best player in the world, no doubt. Not just nowadays but also in history,” the Barca manager said. “Obviously he gives us a lot, we’ve never hidden from this. It’s a pleasure to have him at our club.

“Nevertheless, we need a solid team behind him in order to lift trophies. So we have to keep working as a team, something which I think we are already doing.”

Barcelona last reached the final of the Champions League back in 2010-11 where they defeated Manchester United 3-1 to lift the trophy for a fourth time.