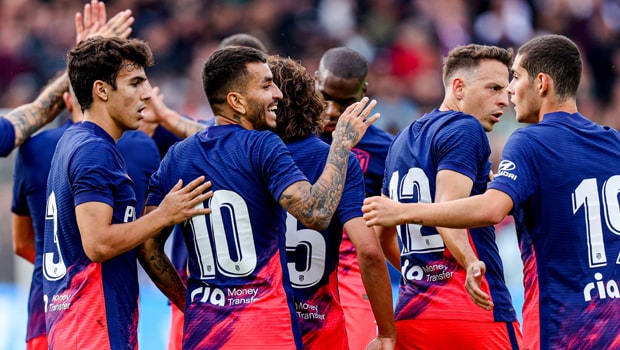 La Liga champions Atletico Madrid started the 2020/2021 season with a 2-1 win over Celta Vigo in the team’s season opener on Sunday evening.

Diego Simeone’s men started the season having kept a large member of their title-winning squad from last season unlike their city rivals, Real Madrid, who lost Ramos and Barcelona who lost Messi to PSG.

Atletico Madrid got in front through a spectacular Angel Correa strike in the 23rd minute of the game although Iago Aspas equalized from the spot a minute before the hour mark.

However, the celebration wasn’t for long as Correa scored his brace five minutes later as Diego Simeone’s side returned into the lead and grabbed all three points on their first task on the road to the title defense.

Meanwhile, both teams ended the game with 10 men each as Mario Hermoso and Hugo Mallo got their marching order at the end of the game.

Later on Sunday evening, Barcelona proved that they could get all three points even without Messi with an emphatic 4-2 victory over a stubborn Real Sociedad side.

An early first-half goal from Gerard Pique and a brace from Martin Braithwaite gave Barcelona the lead before the visitors put up a late onslaught.

Julen Lobete pulled one back for the visitors with 8 minutes left on the clock before a spectacular free-kick from Mikel Oyarzabal in the 85th minute brought up a frantic finish but a stoppage-time goal from Sergi Roberto ensured all three points for Ronald Koeman side.

Earlier on Saturday, Real Madrid had a fantastic second half to push aside Alaves. A brace from French striker Karim Benzema and goals from Nacho and Vinicius Jnr was enough to make Joselu’s penalty a mere consolation.