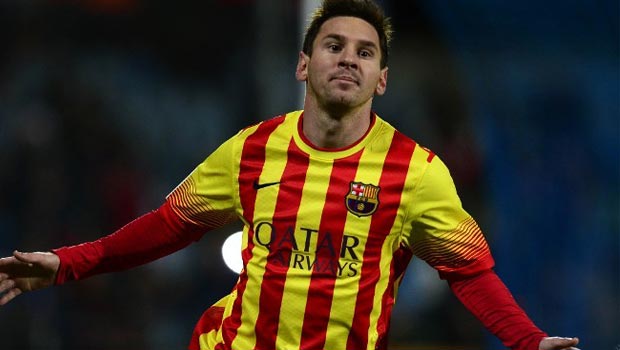 Lionel Messi bagged two more goals but Neymar suffered an ankle injury as Barcelona beat Getafe 2-0 to advance to the quarter-finals of the Copa del Rey.

The Argentinian superstar is still easing his way back into the action after missing two months with a hamstring injury, but he put the Catalans in front just before the break with a close-range effort.

The diminutive hitman then proved that he is back to full fitness as he ran through the Getafe defence, before slotting home from an acute angle just after the hour.

The victory gave Tata Martino’s men a 6-0 aggregate success and proved the perfect platform for Messi to launch his assault on glory over the second half of the season.

The four-time Ballon d’Or winner’s recovery looks timely given the injury to Neymar who, according to a Barca statement “sprained the peroneal tendon in his right ankle”.

The Brazil international will undergo tests on Friday to ascertain the extent of the damage, but he was clearly in pain and unable to put weight on his injured leg when leaving the pitch and it seems likely that he is set for a spell on the sidelines.

Early indications are that the star forward may be out for at least four weeks, meaning it will be touch-and-go as to whether he will be fit to face Manchester City in the last-16 Champions League clash.

Barca are currently top of La Liga on goal difference, with Atletico Madrid also on 50 points and Real Madrid three points behind in third and it is certainly now a three-way race for the title.

Messi and his team-mates set to face Levante on Sunday after Real play Real Betis on Saturday afternoon.

Atletico have a tricky home clash with a resurgent Sevilla and will need to keep winning, with the ‘big two’ in ominous form heading into the business end of the campaign.