Juventus – Sampdoria: Blucerchiati not lambs to the slaughter 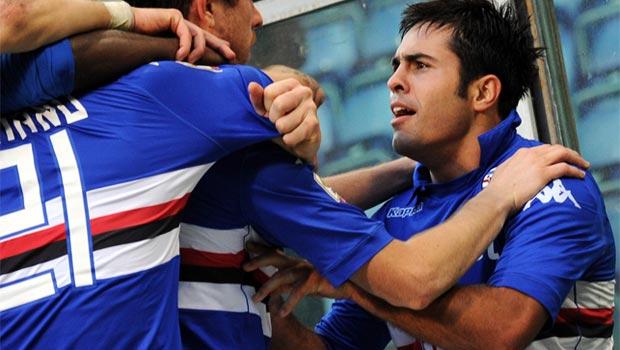 Sampdoria striker Eder has promised that he and his team-mates will not ‘park the bus’ at Juventus and will be looking for three points on Saturday night.

The Blucerchiati will arrive in Turin full of confidence, having rallied into 12th place in the Serie A standings under new boss Sinisa Mihajlovic, with 21 points from 19 games played.

But they will face a Juve side that is currently eight points clear at the top of the table and who have won 11 consecutive top-flight games.

It would be easy for the visitors to adopt a negative approach going into the game and just look for a point, but Eder has made it clear that things have changed for the better over the past few weeks.

“Currently Sampdoria has a different mind-set to that of the past and for this we have to say thanks to Mihajlovic,” he said.

“We are not going sit back and defend, rather we will fight to bring home three points that are fundamental to our bid for survival.”

Samp are the last Italian team to win at Juventus Stadium, with a 2-1 victory in January last year, and they have no injury concerns for the match but will be without both Roberto Soriano and Nenad Krsticic due to suspension.

The Old Lady are 1.16 favourites to make it 12 straight Serie A victories with the Genoa club on off at 13.84.

Eder’s comments that Samp will be looking for goals may well leave them vulnerable at the back, and so a price of 2.6 for between 4-6 goals looks inviting.

Juve should have too much for the opposition at the weekend, but the winning run will have to come to an end at some stage and Mihajlovic’s charges appear up for the fight.