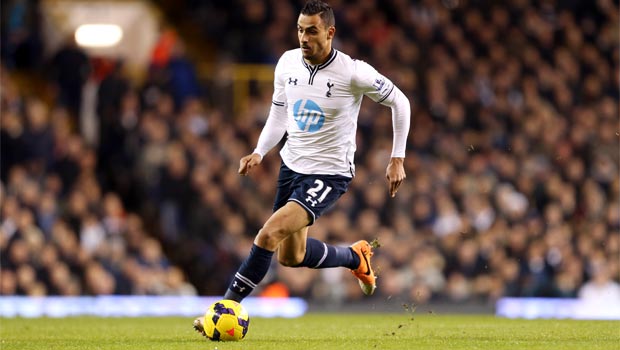 The former FC Twente star signed for Spurs for £7m last summer but has since struggled to secure regular first-team football in north London.

In what is a large squad at Spurs, Chadli has found himself down the pecking order, with the likes of Aaron Lennon, Christian Eriksen, Andros Townsend and Erik Lamela seemingly ahead of him.

The Belgian international is not alone in that respect, with Lewis Holtby also struggling for game time at present.

However according to Chadli’s agent, Daniel Evrard, the player will not be saying goodbye to Spurs in the current transfer window and will be hoping impress Sherwood in the coming weeks.

Evrard told reporters in Belgium: “Nacer has thought about a loan, but after a good conversation with the club, we have decided to stay.

“Nacer’s always in the squad and gets his minutes. He isn’t afraid to lose his place in the Belgian national squad.”

Chadli came on as a substitute in Tottenham’s 2-0 victory over Crystal Palace in their last outing and will be hoping to get some more time on the field on Sunday ,when the Lilywhites face Swansea City, with Spurs at 2.31 to come away from Wales with all three points.