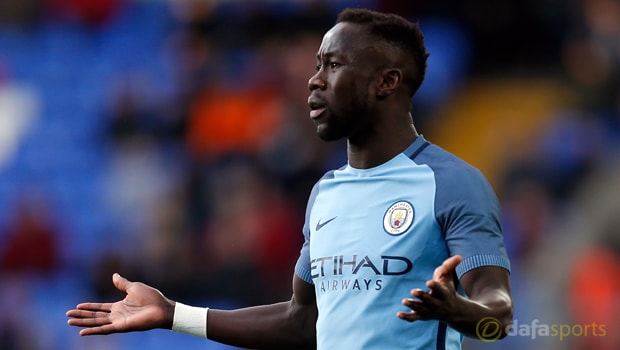 Right-back Bacary Sagna is already focusing on Manchester City’s trip to Arsenal on April 2 as the battle for a top-four finish in the Premier League intensifies.

City lost ground on champions-elect Chelsea on Sunday after the 1-1 draw against Liverpool at the Etihad Stadium left the Citizens in third place, 12 points adrift of the Blues.

Antonio Conte’s men look unstoppable at the moment, having gone eight league games unbeaten, and the teams behind are now targeting a place in the top four instead of a title challenge.

Tottenham are currently second in the table on 59 points, City are one place behind on 57, Liverpool then follow in fourth on 56 whilst Manchester United are fifth on 52.

Sixth-place Arsenal are then sitting on 50 points although they do have two games in hand on Liverpool – as do the Red Devils – as the race for the Champions League positions hots up.

City travel to the Emirates after the international break for a massive encounter and Sagna admits it is vital his side come away from the game with a positive result.

He was quoted by mancity.com, saying: “We need to go to Arsenal and win the game because we want to be part of the Champions League again next season.

“It’s going to be difficult to catch Chelsea – it’s maybe too far now – but we want to be qualifying for the Champions League.

We have to go and give a good performance, stick together and keep working hard.”

City, who take on Chelsea three days later at Stamford Bridge, are 2.25 favourites to defeat Arsenal, a draw is priced at 3.40 while the hosts are a 3.00 chance.