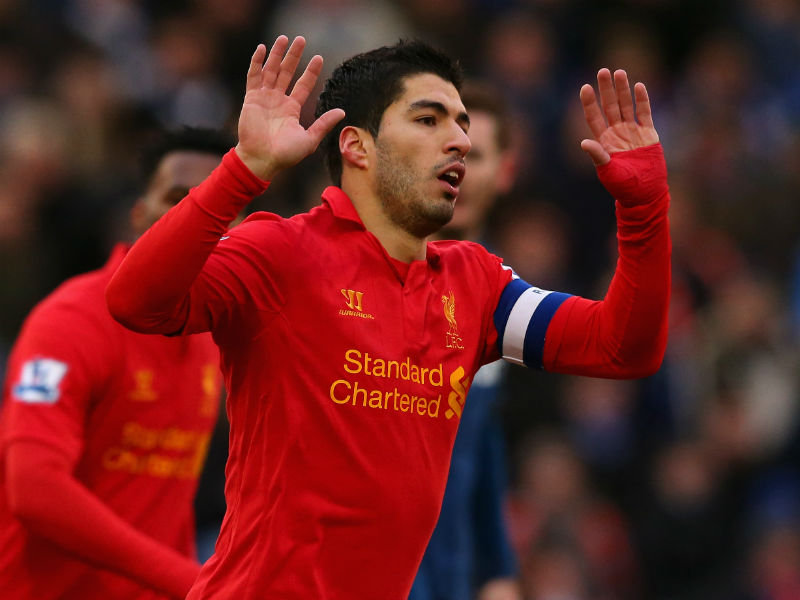 The Uruguayan currently tops the Premier League in scoring with 22, but the Reds are in seventh place in the standings and are eight points off the top four spot.

With possibly another season with Champions League football looming, talks have circulated that their superstar striker may be lured away to a bigger club, despite signing a long-term deal in the summer.

However, Ayre told reporters: “To play at the highest level in the Premier League and European soccer, you need players like Luis and Steven Gerrard on your team.

“So the last thing in our mind is selling Luis Suarez. He’s not for sale. It’s not something we’re interested in.

“I remember when they [Fenway Sports Group] bought the team, John [Henry] made a comment in the media: We don’t want to just build a team to win but to keep winning. To do that you have to have a number of world-class players on your team.”

He went on to explain how the club’s transfer policy has been molded since being bought out by their owners, and manager Brendan Rodgers is part of a team who tries to get the needed players.

He added: “We were very pleased with the most recent window in January with Philippe Coutinho and Daniel Sturridge. It’s a combination of skills and people and processes that bring us to what we’re trying to achieve.

“I think the fundamental shift particularly around player acquisitions and disposals was that we took the view that it needs to be more of a science. Your biggest expenditure line can’t be the whim of any individual.

“What we believe, and we continue to follow, is you need many people involved in the process. That doesn’t mean somebody else is picking the team for Brendan. But Brendan needs to set out with his team of people which positions we want to fill and what the key targets would be for that.”

Ayre went on saying: “He has a team of people that go out and do an inordinate amount of analysis work to establish who are the best players in that position.

“It’s a combination of old-school scouting and watching players – and that’s Brendan, his assistants, our scouts – with statistical analysis of players across Europe and the rest of the world.

“By bringing those two processes together, you get a much more educated view of who you should and shouldn’t be buying. And perhaps as fundamentally, how much you should be paying and the structure to those contracts.