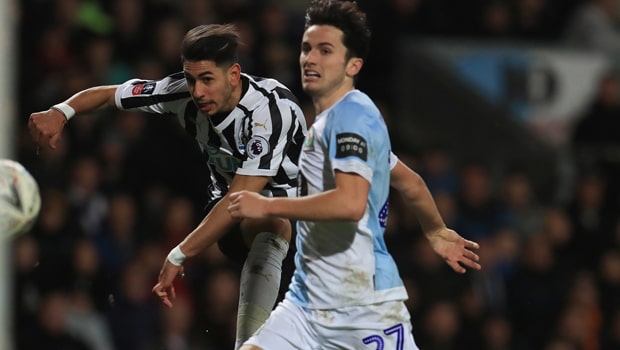 Newcastle striker Ayoze Perez has called on the squad to build momentum from Tuesday’s FA Cup victory over Blackburn.

Rafael Benitez fielded a much-changed XI for the third round replay at Ewood Park after admitting that he needed to protect key players for the Premier League.

Sean Longstaff and Callum Roberts helped Newcastle, who are priced at 3.25 to be relegated, to take a 2-0 lead inside half an hour, but Blackburn battled back and were level with Adam Armstrong and Darragh Lenihan scoring before the break.

With the score still level at full time it required two goals in extra time from Joselu and Perez to tip the tie in Newcastle’s favour, wrapping up a 4-2 victory.

The win, however, did come at a cost with Ciaran Clark, Jamaal Lascelles, Fabian Scar and Isaac Hayden all sustaining injuries.

Despite hints from Benitez suggesting that he would rather be out of the competition, Perez insists that isn’t the case. Perez said: “We want to play in it.

“The best thing about the night was the result.”

Focus now switches back to the Premier League as Newcastle look to climb out of the bottom three when they host Cardiff on Saturday, and Perez has called on his teammates to take confidence from Tuesday’s result.

He added: “It is important to get that winning feeling back.

“There is nothing better than getting back to the dressing room after a win, it’s just great. “Now we must focus on Saturday because it is the main game for us now.”