Atalanta comes from behind to secure win against Spezia 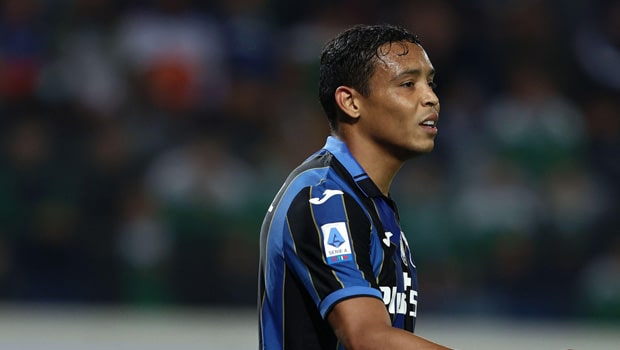 Atalanta had to do it the hard way in their Serie A week 36 fixture against Spezia with a 3-1 win on Sunday away from home.

La Dea had scored first but later conceded in the game after some suicidal defending.

Colombian striker Luis Muriel was the saviour of the day for the visitors as he contributed a goal and an assist around the Berat Djimsiti header to get them into the lead.

Both teams had issues with some recent refereeing decisions, thereby leading to some tensed moments at the Stadio Picco.

Simone Bastoni was first to get the real opportunity as he ran onto a slide-rule pass and narrowed the angle. The ball was only able to hit the outside of the near post.

Few minutes later, Atalanta took the lead coursey of Muriel’s dummy. The striker exchanged passes with Ruslan Malinovskyi to enter the penalty area. He then sold did a dummy on Jakub Kiwior to drill the ball into the far bottom corner.

Surprisingly, Spezia equalised with the most route one approach as every Atalanta outfield player was inside the opposition half. This gave Daniele Verde an opportunity as he was sent clear on a Giulio Maggiore ball over the top. All he needed was to beat Juan Musso one-on-one, and he successfully did.

Verde was in an offside position but still chest and volleyed the with his back to goal and Musso’s save at the near top corner.

Remo Freuler failed to take his chance when he prodded a Teun Koopmeiners cross wide from six yards. Malinovsky’s free-kick was unable to go past the goalkeeper’s gloves as well.

In search of a brace, Muriel skimmed the far top corner with a powerful strike off the outside of the boot, but the ball swerved at the last second.

Jeremie Boga had a free header, but it was off target.

Atalanta eventually got the lead again as two defenders combined for the goal. From a quick free-kick, Merih Demiral passed to Berat Djimsiti, who headed at the back post his first Serie A goal of the season. This makes him the 20th Atalanta player to score in the league this term.

While trying to take the result beyond their opponent, Boga’s powerful strike hit the crossbar after a smart passing move. Provedel was on hand to parry the follow-up.

Spezia would have scored another equaliser, only for Emmanuel Gyasi to miss a sitter after turning Hans Hateboer.

Mario Pasalic finally got the third for the visitors. Muriel released a slide-rule pass, and the Croatian swept it for the first time into the far bottom corner with the inside of the right boot from 12 yards to seal the victory.

With the top four already decided, Atalanta’s only hope is either Europa League football or the conference league.

They are currently 7th on the log with 59 points and two games to go. Roma and their fellow city rivals, Lazio, occupy the 5th and 6th spots with a point above them. The Gialorrosi have a game in hand and a goal difference over Atalanta.

Meanwhile, title-chasing AC Milan came from behind to defeat Verona 1-3. Verona took the lead through Davide Faraoni in the 38th minute, but Milan responded with goals from Sandro Tonali in both halves. The Rossoneri scored a third through Alessandro Florenzi to make it 3-1.