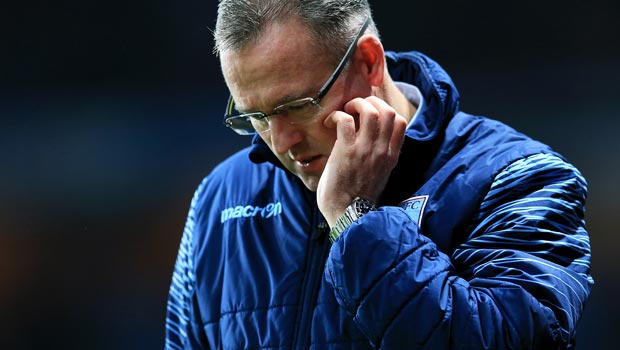 The Villans are on course for another season of struggle under the Scot, taking just 12 points from their last 18 Premier League games.

That run of form has seen them slip to within three points of the relegation zone and the Midlands club are now 3.80 to drop out of the Premier League this season.

Goals have been Villa’s main problem this term, managing a league-low 11 in 22 matches, while they have only scored 97 goals in 98 games with the former Norwich man at the helm.

Carles Gil’s arrival from Valencia this month will hopefully bolster Villa’s toothless frontline, the Spaniard opening his account in spectacular fashion in Sunday’s FA Cup fourth round win over Bournemouth.

That victory over the Cherries has gone some way to appeasing the Villa Park faithful, who have recently called for Lambert to be sacked.

Fox has now defended the club’s manager, calling for calm and claiming the team is heading in the right direction under Lambert.

“I think football’s a funny business and I think to put it all on the manager, again, that’s a bit of a false narrative,” said the American.

“There’s a lot of things happening at this football club, and clearly what happens on the pitch is a focal point.

“Clearly the manager is the one person who can really influence that, so everyone focuses on it.

“Our focus for the last couple of months has been on making sure we support Paul to make us as successful as possible, and I think we’re heading in the right direction.”

Villa face a tricky game this weekend when they travel to resurgent Arsenal, with the home side 1.22 for the win. The visitors can be backed at 12.60, while the draw is 5.85.