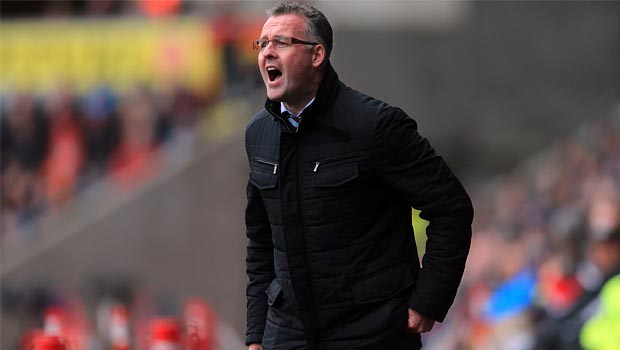 Aston Villa boss Paul Lambert insists he still believes in his side’s attacking prowess despite struggling to hit the back of the net in recent weeks.

Villa, who are 5.69 to win on Saturday, have scored just three times in their last five league outings, which has seen them suffer a run of four straight defeats, dragging them precariously close to a relegation battle.

The Villans were hit by the loss of star striker Christian Benteke at the start of April, with the Belgian ruled out for a minimum of six months with an Achilles tendon injury.

Without the 23-year-old’s goals to call on – netting 23 in his debut term and a further 10 league goals this season – Lambert has been left light at the top.

However, the Scot insists he remains confident that his side can beat the drop and score their way out of trouble in the closing stages.

Lambert said: “They won’t be nervous. That won’t come into it.

“We know we’re up against a good side in Swansea but we will go with the confidence to win.”

The former Norwich boss drafted in Libor Kozak from Lazio in the summer to provide some healthy competition for Benteke, but the Czech has also fallen foul to injury this campaign, not helping Villa’s cause.