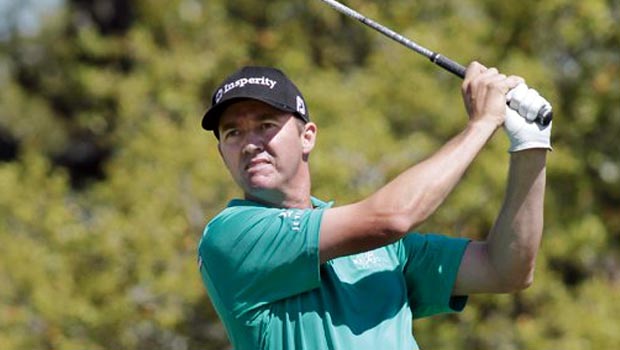 Jimmy Walker knows he must stay completely focused if he is to hold onto his four-shot lead and win the Valero Texas Open.

The American went four strokes clear going into Sunday’s final round after carding six birdies in a three-under 69 on Saturday, leaving him nine-under for the tournament.

He is well clear of second-placed Jordan Spieth, but only after an exceptional finale saw him birdie three of the last five holes to take the lead.

The 36-year-old somehow escaped the 12th with only a bogey after being left buried deep in a bunker following a poor drive, and he admits he cannot afford to make such mistakes again in the final round.

“I have to go out and play a good round because, you know, seeing – it’s just hard,” Walker told the PGA Tour website.

“You can get on the wrong side out here pretty quick, it’s that kind of golf course, it’s hard. So you have to really concentrate and hit the golf shots you need to hit. So that’s what I have to do.”

While Walker took the lead with a strong finale, Spieth’s round faded and he had to settle for a one-under 71 after carding bogeys on the 12th and 14th and a double bogey on the 16th.

Billy Horschel also shot a 71 on Saturday and is two strokes further back on three-under, with a pack of five players close behind on two-under.

Walker is now the clear favourite to win the Valero Texas Open and is priced at 1.73 to beat Horschel over 18 holes on Sunday, while the world number 13 can be backed at 1.48 to win the tournament outright.