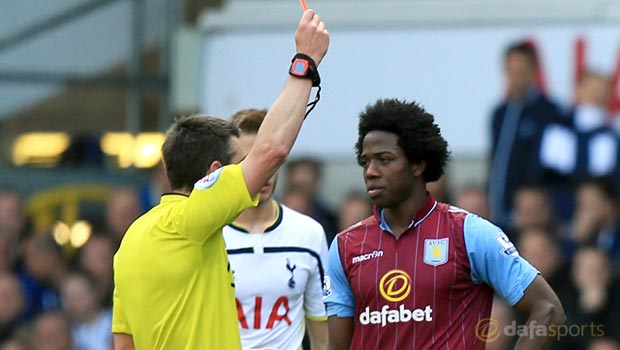 Aston Villa boss Tim Sherwood savoured a sweet success at former club Tottenham on Saturday and afterwards praised the spirit that exists within the Midlands club.

The win lifted Aston Villa up to 15th in the league table and, crucially, six points clear of the relegation zone.

Christian Benteke was the hero for Villa once more, his first half header enough to seal the win as the Belgian made it eight goals in six league appearances.

While Benteke was the match-winner, Sherwood reserved praise for midfielder Carlos Sanchez who was sent off late on for a second yellow card when he fouled Danny Rose.

The Villa boss believes the willingness Sanchez showed to make the tackle despite knowing the consequences of a red card is a positive.

“Carlos Sanchez today he knows (if) he gets sent off he misses the semi-final, he’s probably never played at Wembley before but he’s sacrificed himself for the club and I want characters like that to be honest,” said Sherwood.

Ahead of the game against Liverpool, Aston Villa are 8.50 to win the FA Cup with the Reds available at 2.60.

The crucial victory at White Hart Lane should allow Sherwood to focus on the cup semi final, with the Villa boss admitting they are now very close to retaining their Premier League status.

“There is still a lot of hard work to be done but we fancy our chances of staying in this division. That’s the idea,” he said.