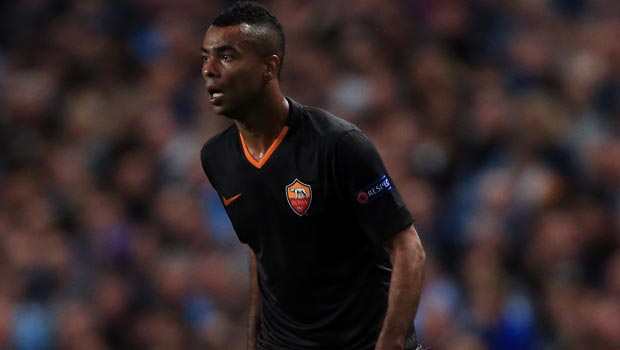 Ashley Cole’s management group have denied any reports that he will leave Roma in the upcoming January transfer window.

Recent reports have claimed that Cole is unhappy in Italy after losing his first-team spot under boss Rudi Garcia.

The former Chelsea and Arsenal full-back left Stamford Bridge in the summer after a long and successful spell in the Premier League and England.

Cole signed a two-year deal with the Serie A giants but he hasn’t featured in the first-team since November 22.

Fellow defender Jose Holebas has taken his place at the back and Garcia insists Cole is still part of his plans this season.

Due to his lack of game time, recent reports had linked him with a move to several clubs with Crystal Palace the latest to be mentioned.

Cole enjoyed a loan spell at Selhurst Park in 2000 before hitting the big-time at Arsenal, but David Mannaseh, managing director of Stellar Group, the agency that represents Cole, said he has no intention of leaving Roma and that any reports are false.

“Ashley is loving life in Italy and in Rome. He has never been happier,” he said.

“Whoever has given this information out is a disgrace because all it does is give fans of a football club false hope.

“Ashley is concentrating on trying to win trophies in Italy and, in particular, Serie A this season. Nothing else.”

Cole will be hopeful that he can find his way back into the team ahead of the Europa League campaign.

Garcia’s side failed to qualify for the knockout stages of the Champions League but they can be backed at odds of 11.00 to win the Europa League with Dafabet.