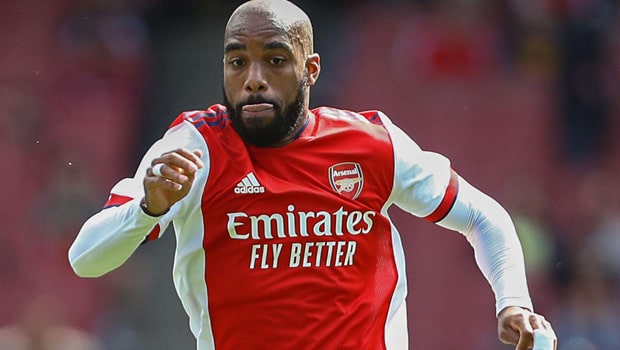 Arsenal manager Mikel Arteta has demanded full focus from French striker Alex Lacazette who has recently made his intentions to move away from Emirates Stadium.

Lacazette will be out of contract at Emirates Stadium in the summer, but he has revealed that he has started negotiations with some clubs ahead of a potential move with UEFA Champions League football a target.

However, this hasn’t gone down well with Mikel Arteta, who has asked for more from the skipper.

“The contracts start and end with the expiry date that you have agreed on that day that you put the pen down, And for the rest, I just want him fully focused on his duty, which is now to defend Arsenal in the best possible way, like he has done all the time he has been with us. That’s why he has been wearing the armband of this football club; that’s a big reason.” Arteta said.

Arsenal sits in the fifth position after losing their last three Premier League games, and they didn’t qualify for European football at all this season.

The Gunners have 54 points same as Manchester United in sixth, who lost to Liverpool on Tuesday night. Both teams are also behind Spurs in fourth with three points difference.

Arsenal will have the chance to pull level with Tottenham on Wednesday when they play against Chelsea in the London derby. The game at Stamford Bridge on Wednesday evening is one of the four games in the Premier League on Wednesday.

In other games, Manchester City will play against Brighton at Etihad Stadium, Newcastle will play Crystal Palace, and Everton will face Leicester City.

Meanwhile, Manchester United was well beaten when they played Liverpool on Tuesday at Anfield stadium. The Red Devils were without Cristiano Ronaldo due to personal issues after losing his son earlier in the week.

Liverpool led through Luis Diaz and Mohammed Salah in the first half, while Sadio Mane put one in in the second half. Mohammed Salah added another goal to give Liverpool a 4-0 victory over Manchester United.