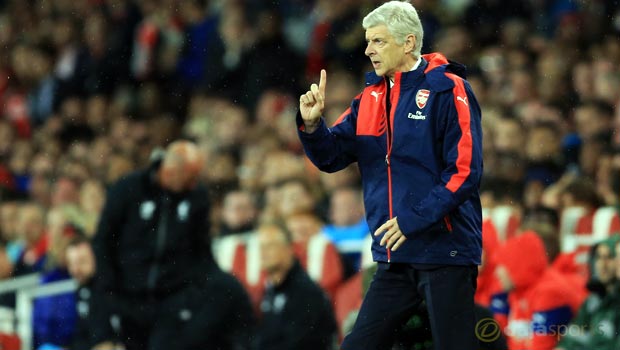 Arsene Wenger says that Arsenal have made a “very average” start to the Premier League season in the wake of Monday’s stalemate with Liverpool at the Emirates.

The Gunners have returned four points from nine available, winning away at Crystal Palace after a surprise defeat at home to West Ham in their opening league fixture.

Wenger has been unimpressed by the performances, citing a lack of sharpness and fluency in the attacking third after watching his team fail to score for the fifth time in six home league appearances.

“We have started very average I must concede,” Wenger said. “Sharpness is missing a little bit in some players.

“Our game is still not fluent enough in the final third.”

Despite their failure to win against Liverpool, Wenger was left frustrated by the decision to chalk off Aaron Ramsey’s first half goal for offside. The Welshman was clearly onside, according to his manager.

“It is a regular goal, I can’t see why it was cancelled – it was clear,” he said.

“I didn’t ask for an explanation, what does it change? It is about decision-making and they got it wrong. I could see live that he could not be offside.”

Arsenal‘s failings in front of goal will heighten the pressure on Wenger to bring in a new striker before the transfer window closes next week. Ahead of the Liverpool game, Wenger had suggested that the club are willing to spend money if the right player becomes available.

Following the draw with Liverpool, Arsenal are now 6.50 to win the Premier League this season.