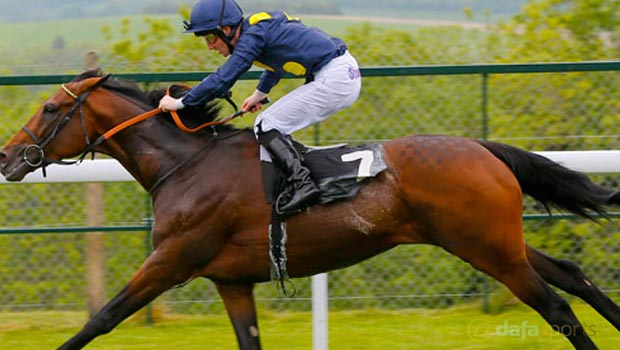 Connections of Storm The Stars believe that their horse will be the one to beat in the St Leger at Doncaster two weeks on Saturday.

The colt heads into the final classic of the season in fine form, having secured victory in the Great Voltigeur Stakes at York last week, with Storm The Stars having finished in third place in the Derby earlier in the year.

And Bruce Raymond, Rabbah Bloodstock’s racing manager, insists that the Sheikh Juma Dalmook Al Maktoum-owned and William Haggas-trained three-year-old is the one to watch at Town Moor on Saturday September 12.

He told the Racing Post: “Storm The Stars has come out of York in great form and everything is fine with him.

“The form of that race looks strong and I think he is the one they all have to beat at Doncaster. The others need to improve to beat him – I’m not saying they won’t, but they will need to.

“I think he will be more effective over a mile and three quarters. He wants this trip.”

Order Of St George, one of Irish trainer Aidan O’Brien’s six entries, is another horse much-fancied to triumph at Doncaster, having recently won the Irish St Leger Trial at The Curragh.

O’Brien is also in charge of Bondi Beach, Fields Of Athenry, Giovanni Canaletto, Outspoken and Hobart.

John Gosden will be represented by Mr Singh, while Sumbal and Vengeur Masque will hope to bring success for France, with Medrano and Richard Hannon charge Proposed completing the 12-horse field.