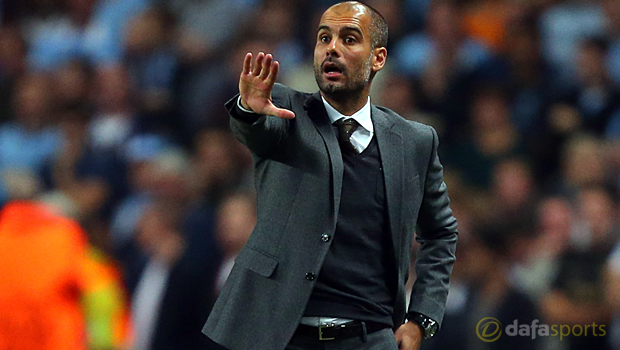 France international Paul Pogba says he would love to work under Pep Guardiola.

The Juventus midfielder was speaking ahead of a meeting with Guardiola’s Bayern Munich side in the Champions League on Tuesday.

The 22-year-old’s comments are certain to trigger speculation over his future at the Serie A champions.

Pogba will be a key figure for hosts France at Euro 2016 this summer, during which Guardiola will make the switch from Bayern to Manchester City.

Pogba says the chance to work under the Spaniard would give him a chance to improve as a footballer.

“Guardiola is a coach with a lot of experience, he has a philosophy which is very important and he has a big impact on the team,” he told Sky Sports Deutschland.

“People respect him. When you see him, you want to play and progress. He is an icon of football and I’ve heard he manages to improve every player he has at his disposal.”

Pogba was at Manchester United as a youngster but he left Old Trafford for Juventus in 2012. Since moving to Italy he has become one of Europe’s most dominant midfielders for both club and country.

He says is committed to the Turin club for now but does not appear to be ruling out a link-up with former Barcelona boss Guardiola.

“I am a Juventus player now, but for sure when there is a coach like him he will coach you and you will become better,” he added.

Pogba has been linked with a number of Europe’s leading clubs – including Barcelona and Man City – for some time despite Juve insisting he is not for sale.

Juventus are 26.00 to win the Champions League this season while Bayern Munich are 3.75.