Liverpool v Arsenal: Wilshere may be back on Saturday 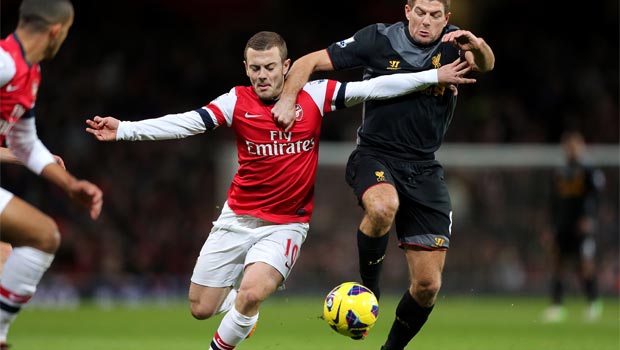 Arsenal midfielder Jack Wilshere may be fit in time to face Liverpool at Anfield, according to Arsene Wenger.

The England international missed last weekend’s 2-0 victory over Crystal Palace at the Emirates due to an ankle injury, but Wenger knows that he will need all of his big guns available if his Arsenal side are to keep up the pressure at the top of the Premier League table.

The Gunners are just two points clear of nearest rivals Manchester City and Chelsea ahead of the trip to Anfield, and know that Liverpool will fight them to the end in a bid to keep alive their outside chances of becoming champions.

Wenger said: “We might have Wilshere back and that’s basically it. [Mikel] Arteta is all right.

“It is important to have as many players back as possible in the squad.

“In the big games it is always decided by having the complete squad available.

“As many top players as possible because most of the time these games are decided by players who come on or strong players who have a big statement in a big game.”

Arsenal famously tried to sign Luis Suarez in the summer, but since deciding to stay put at Anfield, the Uruguayan has gone on a scoring spree, with 23 goals already this season, despite starting some five matches in due to his suspension.

With a fit-again Daniel Sturridge to cope with as well, Arsenal know that this is a vital game, as one slip-up could see them lose the leadership of the table.