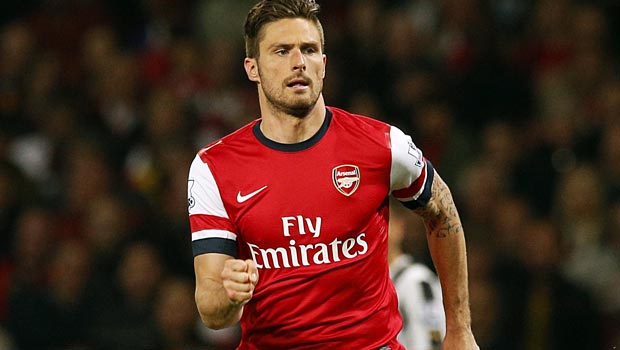 Arsenal boss Arsene Wenger has backed striker Olivier Giroud to be fully fit for the start of the season despite his lacklustre return to action against Monaco on Sunday.

The France international was given permission to return late for pre-season training following his exertions at this summer’s World Cup finals in Brazil, where his side made it to the quarter-finals before losing to eventual champions Germany.

Giroud had three weeks break and was back involved in the first team at the weekend in the Emirates Cup when a Radamel Falcao goal condemned the hosts to a 1-0 defeat in their final match.

However, while the 27-year-old looked off the pace, Wenger has since spoke out to insist that he will be ready to play a part in this coming Sunday’s Community Shield clash with Manchester City at Wembley.

He said: “He had only three weeks rest, it was not an eternity and he had to come back quickly. But sometimes when you come back late you want to work hard and in a game you are not as sharp.

“He’s not put weight on, he’s not out of shape, he’s worked very hard this week and not recovered from the work he has done.”

Giroud admitted that he found the game difficult and he “didn’t feel really well”, but he is adamant that he will be in better shape for the City clash.

He added: “But it is ok as I have this week to work because we have to be ready for City. For pre-season preparation you have to work hard and there is less than one week to be ready.”