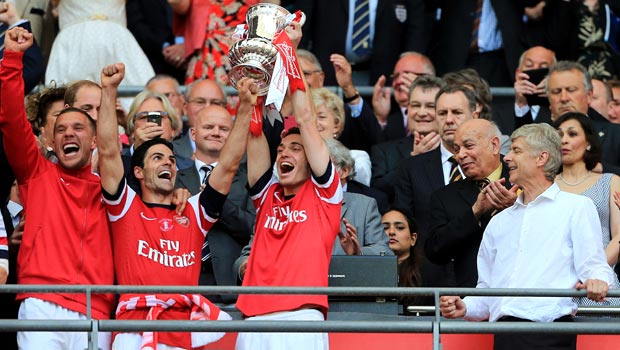 Arsenal captain Mikel Arteta insists the FA Cup win on Saturday is only the start for Arsene Wenger’s side.

The north Londoners, who were heavy favourites to beat Hull City in the FA Cup final, went two goals down inside the first eight minutes but fought back to take the tie to extra time, with Laurent Koscielny grabbing a late equaliser.

Aaron Ramsey then scored the winner in the 109th minute at Wembley to end a nine-year trophy drought for Arsenal.

Club vice-captain Arteta believes the victory will bring more success to Arsenal in the future.

“It’s unbelievable, when you go 2-0 down it is really rare to come back and win the Cup,” he said.

“It has been a long time coming and hopefully this is the start of something really good. The start of the match was shocking, you would never expect to start the game like but we showed the character, desire and spirit of this team to put it right in the end.

“Aaron Ramsey has been the best player on the pitch when he has been fit and he was the right man to score.”

Wenger won his fifth FA Cup title as Arsenal manager and described it as the most significant.

The Frenchman also said it was a relief to finally have won some silverware because of the heavy expectations on his side.

“It was more important today than all the others,” Wenger said. “Twice we had won the double, so we had already won something and were not under the pressure we were under here.

“It is a feeling of relief and happiness as we were under severe pressure to win and we didn’t start well of course.