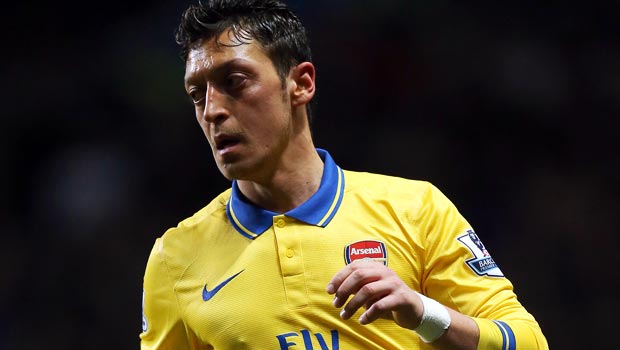 Arsenal have confirmed that Mesut Ozil will be out for at least three weeks and possibly six with a hamstring injury, which could have a major bearing on their season, with the Gunners now 21.00 to win the Premier League.

The German international suffered the problem during the first half of the Champions League second-leg clash with Bayern Munich on Tuesday.

After scans this week, it has been revealed that Ozil will not be back in action for the Gunners until April, missing a number of key matches.

Talking about the injury, Arsene Wenger said: “It is of course a blow, but I am confident we have the quality to deal without him. We have many creative players who can take over to produce quality performances.”

The former Real Madrid man will miss this weekend’s North London derby, with Arsenal priced at 2.35 with Dafabet to pick up three points at Tottenham on Sunday.

Ozil will also miss games against three other clubs in the top seven, Chelsea (a) March 22, Man City (h) March 29 and Everton (a) April 6.

The 25-year-old will face a race against time to be fit for Arsenal’s FA Cup semi-final with Wigan on Saturday April 12, as the Gunners look to win their first trophy since 2005.

Although Wenger claims he has players to step up and replace Ozil, the injury list will be a concern to the manager at a crucial stage of the season.

Aaron Ramsey has suffered a setback in his recovery from a thigh injury, which will see him sidelined for another two weeks, while Jack Wilshere is out for eight weeks with a hairline fracture of his foot.