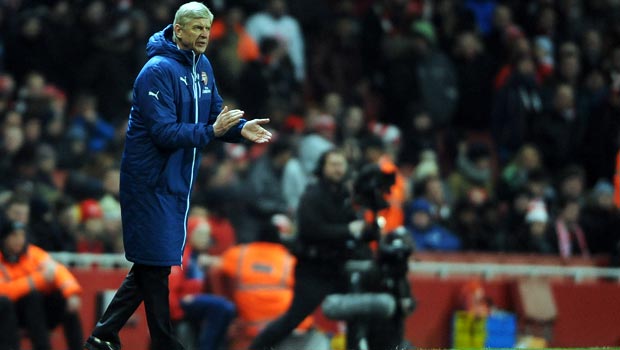 Arsenal manager Arsene Wenger says his squad have “many solutions up front” as they aim for a strong second half of the Premier League season.

The Gunners have been inconsistent across all competitions and a 2-0 defeat at the hands of Southampton recently left the team down in sixth position.

The Champions League was also a slight struggle this season although Arsenal did manage to advance into the knockout stages where they will take on Ligue 1 outfit Monaco.

Despite being the joint-second top scorers in the Premier League, along with Manchester United and Southampton, there have been questions raised about the attacking options currently within the squad.

Summer signing Alexis Sanchez has been an instant hit since arriving from Barcelona, with the Chile international bagging 16 goals for the club already.

However, injuries and suspensions have been a massive hindrance with Olivier Giroud, Mesut Ozil and Aaron Ramsey all having spent time on the sidelines.

Arsenal have also recently allowed Lukas Podolski to join Inter Milan on a loan deal until the end of the season as the Germany international wanted more playing time.

Wenger is confident he has enough depth in the forward department and the Frenchman believes the upcoming matches will be crucial to their season.

“We have many solutions up front,” he said. “It is a very important period now. We have had many injuries until now and hopefully everybody will be back.”

Arsenal, who defeated Hull in the FA Cup third round on Sunday, are next in Premier League action on Sunday when they welcome Stoke to the Emirates.

The Gunners are favourites at 1.46 to clinch the victory whilst the Potters are big outsiders at 7.24.