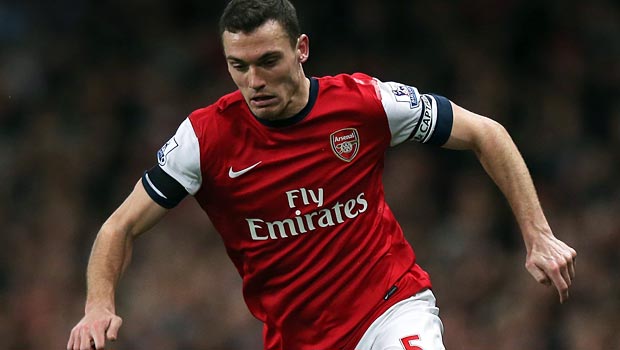 Thomas Vermaelen says the pressure of not winning a trophy for nine years will not affect the Arsenal players when they take on Hull City in the FA Cup final.

The Gunners have not won a trophy since they defeated Manchester United in the FA Cup final back in 2005 and the pressure is on to end that drought against the Tigers.

Arsenal are hot favourites, but just like Wigan proved against Manchester City last year, anything can happen on the day, and the Gunners will have to be at their best to win.

The Hull camp have insisted in the build up to the game that all the pressure is on Arsenal, and although that may be the case, Vermaelen says they are experienced enough to cope with it.

“We want to win it for him, for the players and for the fans,” the defender said.

“There’s been a lot of talk about us not winning, and we’re doing it all together as a club and for him as well.

“It would give us a massive boost for the next few years. There’s loads of potential in this team, a lot of good players, and it would give them confidence for the following years.

“We’re used to the pressure – every game has to be won. There’s been a lot of talk about not winning for nine years and there’s a lot at stake, but we go with a lot of confidence.”

Vermaelen is likely to be watching from the bench as Per Mertesacker and Laurent Koscielny, who have dominated central defence all season, will again start.