Posted by Akinnifesi Olumide on October 8, 2022 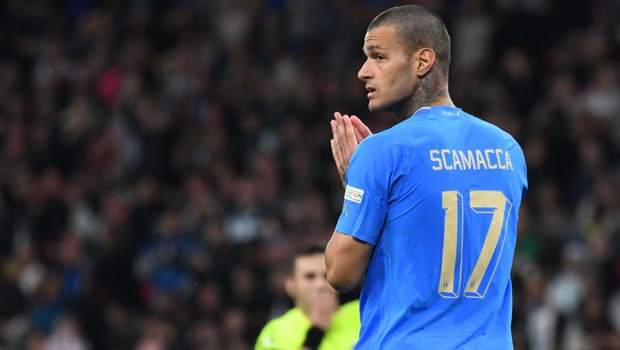 West Ham continues their dominance in Group B after their narrow win over Belgian side Anderlecht on Thursday evening.

Gianluca Scamacca’s 79th-minute strike proved enough to separate both teams in a game that proved to be a tight encounter In Brussels.
The Home side went into the game occupying the second spot in Group B after a 1-0 victory over Silkeborg and a barren draw against FCSB. While West Ham fresh from a 2-0 victory over Wolves in the Premier League remained on course for their fine run of form.

David Moyes handed rest to several first-team regulars with the likes of summer signing Lucas Paqueta, Scamacca, Thilo Kehrer, skipper Declan Rice, Kurt Zouma, Tomas Soucek, and Aaron Cresswell as youngster Flynn Downes was given a starting berth in the heart of midfield.
Anderlecht had a great chance to go ahead in the 25th minute when Verschaeren’s powerful effort was parried away by Alphonso Areola following a brilliant counterattack.
It should have been 1-0 when Said Benrahma blazed over the bar after an excellent dribble from the ever-dangerous Jarrod Bowen. Unfortunately, he missed from just eight yards.

The second half resumed with Moyes bringing on Lucas Paqueta and Gianluca Scamacca, the firmer replacing Benrahma and the latter coming in for Michail Antonio.
With time running out on the visitors, the substitutions paid off in the 79th minute when a glorious lifted pass from Paqueta found the Italian striker as he fires his side into the lead.

Efforts for an equalizer for the Belgian side proved abortive as the Hammers held strong for all three points.

Should West Ham win the return fixture in London in the coming weeks, it could cement a place for them in the round of 16.

West Ham turns their attention to the Premier League this weekend as they welcome Fulham to the London Stadium on Sunday, while Anderlecht makes a trip to KV Mechelen in the Belgian super League.