Arsenal Close to a Deal for Bologna Defender 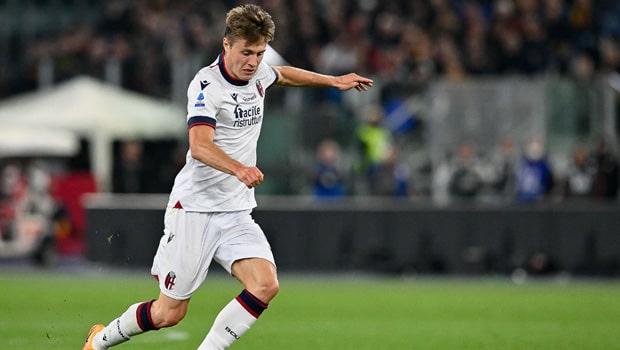 As reported by Gazzetta Dello Sport, Arsenal would be very close to closing a $25 million deal with Bologna for defender Aaron Hickey.

19-year-old Hickey could become the first signing of the summer for the Gunners, as everything seems to indicate that the player is one of the main targets of boss Arteta.

The Scotland left-back quickly became one of Bologna’s key players in Serie A, arriving at the club at just 17 years from Hearts.

Last season Hickey made 36 appearances for the club and scored five goals. In addition, the player has international experience with the Scottish team due to his versatility since, in addition to playing left-back, he can also play on the right side and even a little further forward, supporting the attack.

Arteta is very interested in getting a backup for Kieran Tierney, who has been affected by injuries this season.

Arsenal is not the only club interested in Hickey; the young player has caught the attention of several teams as he has a lot of potential and a great future ahead of him if he develops well. For this reason, the Gunners have taken the initiative to secure the player’s signing in the coming weeks.

If the Hickey deal doesn’t work out at the Emirates, they have a shortlist of defensive players, including Manchester City’s Olexandr Zinchenko and Inter Milan’s Federico Dimarco.

But Zinchenko has declared his intentions to stay at City due to the fans’ great support he has received. “It [the support] means everything to me,” he said.

“I want to die for these people. For all this support, because of what people gave me, what they have done for me during this period, the toughest period of my life, I am so appreciative. I will never forget this. Never in my life.”