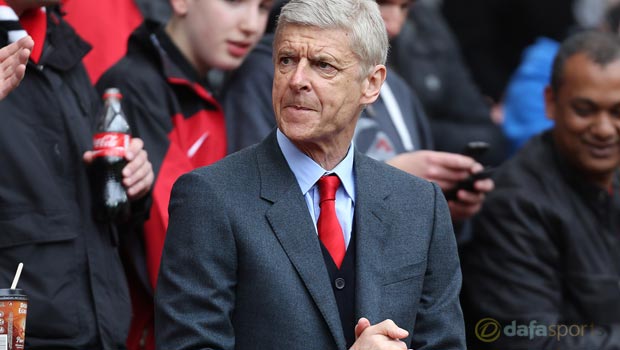 Arsene Wenger says he is focused on Arsenal having a strong end to the season and is not thinking about his summer transfer dealings just yet.

The Gunners can secure third place in the Premier League against Sunderland on Wednesday night but the pre-match press conference was dominated by transfer speculation.

Wenger had to field questions regarding his interest in Manchester City midfielder James Milner and wantaway Liverpool forward Raheem Sterling.

The French played all such questions with a straight bat, saying he is focused on the next two Premier League games and the FA Cup final against Aston Villa.

“At the moment we are not in a transfer mode. We want to finish our season well,” said Wenger.

“We have put massive effort in since the start of the season to come back into a potentially good position in the Premier League, and now we need to focus on finishing well. We have put so much effort in that it would be stupid not to finish the job well.

“The transfer period comes after the FA Cup final.”

The Gunners remain two points ahead of Manchester United in fourth, but their chances of finishing second depend on Manchester City slipping up on the last day of the season.

“We would like to finish first, but that is mathematically impossible so we need to finish as well as we can,” said Wenger.

“We have the possibility of taking six points, but it will not be enough (for second place) if Manchester City win their last game against Southampton.”