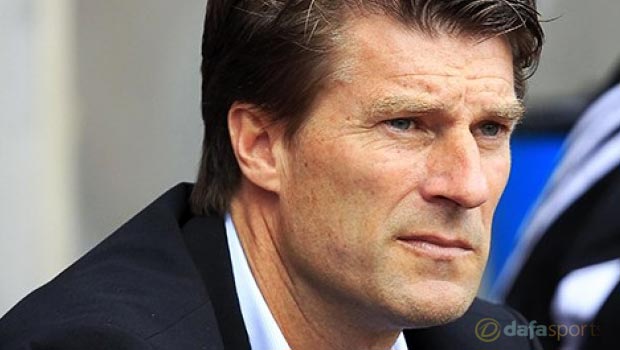 Michael Laudrup has distanced himself from rumours linking him with the West Ham job and says he would only return to England for a ‘big club’.

Doubts remain over the future of Hammers boss Sam Allardyce, who is expected to leave Upton Park at the end of the season, and Laudrup has been linked with the job should that be the case.

The Dane impressed during a spell with Swansea as he guided the club to a mid-table finish and Capital One Cup glory before leaving to take over at Qatari outfit Lekhwiya.

However, Laudrup will not be heading back to the Premier League with West Ham, or any other “mid-table club”, and would prefer to stay where is unless one of the big guns come knocking.

Newcastle have also been linked but it would appear that Laudrup does not fancy the Magpies either.

“It’s a time when many rumours appear, but there is nothing concrete,” he told the Spanish press.

“I am in the process of renewing [my contract] with Lekhwiya, they want me here. I will decide it in two weeks.

“I am not going to accept an offer from a mid-table club in England or Spain. They are experiences that I have already lived and, at this stage of my life as a coach, I look for new things.

“If a big club comes [calling], I will not say no to them, but I would like to try [coaching] in the United States if not given the opportunity.”

West Ham wrap up their season at Newcastle on Sunday in what could be Allardyce’s last game in charge and the Hammers are priced at 4.67 to win.