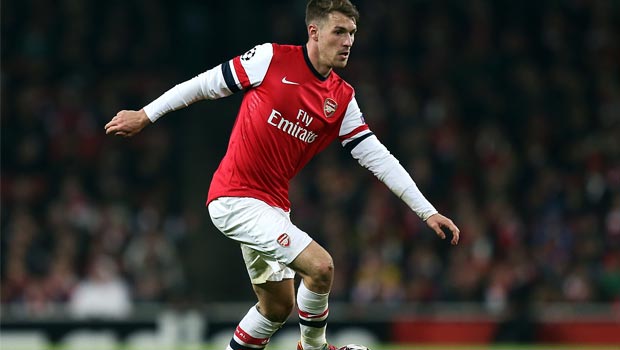 Arsenal boss Arsene Wenger is hoping that the return of Aaron Ramsey can be the catalyst for a strong finish to the season after confirming the Wales international is set to be back in action for the Gunners this weekend.

Ramsey made a fantastic start to the season after banging in 13 goals in all competitions to help Wenger’s side rise to the top of the table and establish themselves as real title challengers this season.

However, things have taken a turn for the worse in 2014 with Arsenal now priced at 121.00 to win the Premier League title having slipped to fourth in the table and seven points behind leaders Liverpool.

Ramsey has not played for Arsenal since Boxing Day – a 3-1 win at West Ham – but is set to make his return this weekend against an in-form Everton side in a massive match in terms of a top-four finish.

Despite the return of the free-scoring Ramsey, Arsenal are priced at 2.82 in the match betting for Sunday’s early kick-off at Goodison Park, with Everton installed as 2.37 favourites and the draw priced at 3.41.

Ramsey had initially been expected to be out for only six weeks but his recovery has been delayed due to a couple of setbacks.

However, he is ready to face Everton this weekend and Wenger believes his return will be like a new signing.

“It is a bit like that (signing a new player), yes. Of course he is somebody coming back, he can help the team be very successful. It can be like that, yes,” Wenger said.

“Aaron has been out for a long time and has just joined in [training] yesterday, but he will be available.

“He is an all-round midfielder who can score goals and drives the team forward always, a real box-to-box player, so it is good to have him back.

“That is an area where we are short because we have many midfielders out – we have Wilshere out, Ozil out in this area, so of course it is good to have him back.”

Arsenal go into the game knowing that defeat could have a massive bearing on their hopes of finishing in the top four, with Everton currently four points behind, with a game in hand.