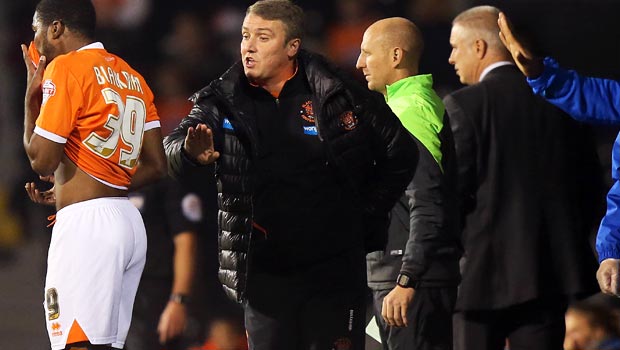 Fulham fought back to draw 2-2 with Blackpool to deny Lee Clark his first win in charge of the Seasiders.

The visitors had made a great start to the game after striker Ishmael Miller put them in front with just 90 seconds on the clock, after Donervon Daniels’ pass through.

Miller was instrumental in Blackpool’s second after he crossed the ball for Norwich loanee Jacob Murphy to slot home on his first start for the club.

Despite their good start, Blackpool found themselves down to ten men after captain Tony McMahon was shown a straight red card for kick out at Fulham striker Hugo Rodallega.

Scott Parker poked home from Rodallega’s pass after Blackpool failed to clear a corner, making sure that they went into the break trailing by just the one goal.

The visitors’ resistance was broken after Costa Rican international Bryan Ruiz saw his corner go straight in as Dan Burn distracted Seasiders keeper Joe Lewis at his near post.

After the game, Blackpool boss Lee Clark said that despite the red card, he’s happy with his sides’ performance.

He said: “I’ve seen the footage and Tony McMahon had a lash out. I don’t know if he’s made contact but if the referee sees that he’s left with no option.

He’s an experienced player, he’s the captain and he can’t get involved in that, even if he hasn’t made contact.

“It’s difficult to say we would have gone on to win, but we were controlling the game so you’d like to think there was a strong possibility.

“But the performance is key for me. We have started building blocks now and we have got a point.”