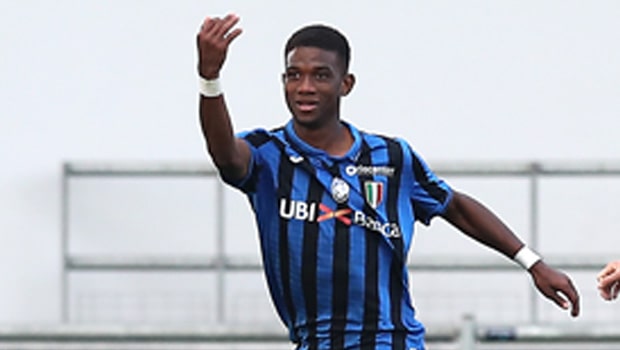 Premier League side Manchester United has completed the signing of Ivorian winger Amad Diallo from Italian side Atalanta.

Diallo joins the Red Devils on a £19m five-year deal till June 2025 with the option to sign for another one year.

His contract also has £18.2m in add-ons. The 18-year old stated that he is mentally and physically ready having prepared for the step up to the Red Devils.

“The coaches have been fantastic since I signed, we have been in touch regularly, and they have already given me a lot of great advice, I have had time to prepare for this move, both physically and mentally, and I have worked really hard to be ready to make the step up to this amazing club,” said Diallo.

A deal to bring Diallo to United was agreed in October after playing for Atalanta in the Champions League this season.

Manchester United manager Ole Gunnar Solskajer believes that the Ivorian is one of the games exciting youngster albeit he believes he still needs time to adapt to the English game.

Manchester United lost out of the Carabao Cup semifinal against Manchester City at the Old Trafford with goals coming in from John Stones and Fernandinho in the second half of the game to set up a 2-0 victory and set up a final with Tottenham Hotspur on the 25th of April 2021 at Wembley Stadium.

The semifinal is the fourth semifinal loss to by Ole Gunnar Solskajer as Manchester United head coach after losing the FA Cup, Carabao Cup and the UEFA Europa League semifinals last season including the loss yesterday against Manchester City.

Manchester United are second in the Premier League table, level on points with Liverpool albeit they have a game in hand.