Alvaro Morata ready for Serie A 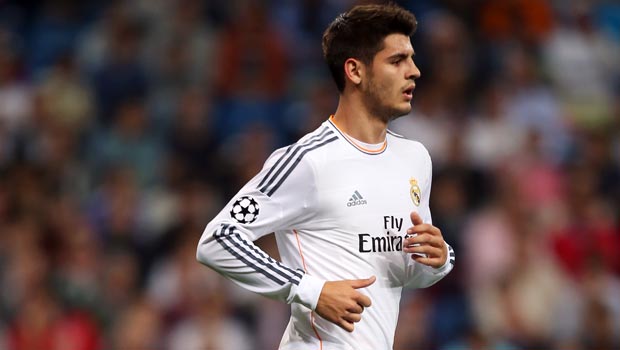 New Juventus signing Alvaro Morata insists he is ready to ‘tackle’ Serie A after making his switch from Real Madrid.

Morata was finally unveiled as a Juventus player on Saturday after weeks of speculation regarding his future in the Spanish capital.

The 21-year-old striker was also targeted by Arsenal and Wolfsburg this summer but instead opted to join the Italian champions for a £15million fee.

“I’ve wanted to come to Juventus for a long time,” Morata said. “The club has always shown plenty of interest in me and I’m happy to be here. I want to work hard for the best Italian team. Serie A is a tough league, one of the most important in the world, but I feel ready to tackle it.”

Morata, a Spain Under-21 international, can return to Real Madrid at any point in the next two years if the La Liga giants activate a buy-back clause believed to be worth over 30 million euros.

Despite this, he is not thinking about going back to the Spanish capital, instead setting his sights on making a quick impact in Italian football and helping the Scudetto holders continue their success under new coach Massimiliano Allegri.

“I’ve already spoken to Allegri and I’m itching to get started on the training ground,” he added. “It’s going to be magnificent to be able to play with the world class talents in this team and the competition for places is something that will push me to demand even more of myself.

“I know there’s the possibility to return to Real, but for now I just want to get my head down, enjoy this experience and contribute to new successes.”

Juventus CEO Giuseppe Marotta believes the signing is something of a coup for the club and is confident the frontman’s experience at Real Madrid will help him in Turin.

“Morata is one of the finest young talents in European and World football. He’s already got an impressive list of honours and has been able to taste the recent success enjoyed by Real, acquiring a winning mentality in the process.

“It was a long and drawn-out affair, due to Real wanting to keep hold of him and the fierce competition we faced for his signature. His desire to wear the black and white stripes was crucial for us.”