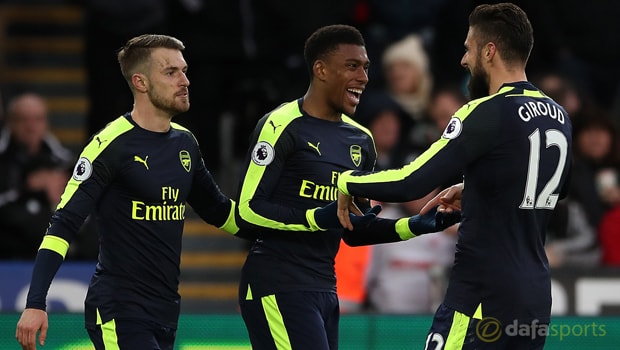 Alex Iwobi has backed his Arsenal side to prove their critics wrong by beating Manchester City on Sunday.

The Gunners have come in for heavy criticism in recent weeks, with their lacklustre displays seeing them drop to sixth in the table, while they were also crushed 10-2 on aggregate by Bayern Munich in the last 16 of the Champions League.

With it unclear if boss Arsene Wenger will sign a contract extension to keep him at the Emirates beyond the end of the season, the club appears to find itself at a crossroads.

However, Arsenal usually come good around this time of the season and are 3.75 to finish the campaign in the top four.

Their recent record against their fellow top four hopefuls has been poor, with only one win from seven against the other clubs pushing for the Champions League places.

Iwobi has now urged his side to improve their standing when they host the Citizens and is confident they can rise to the challenge.

“We need to change that record,” Iwobi told Sky Sports News HQ. “That’s in the past though – we need to prepare for the present.

I believe with the players we’ve got – we’ve been working hard – that we can do it. “We’ve not been doing as well as we should’ve been doing.

But every team goes through a rough spell and it’s ours at the moment. I’m sure we’ll bounce back.

“Every game is vital – we’re taking it game-by-game. We just need to concentrate, prepare right and do the job.”