Posted by Jason Stepford on September 4, 2014 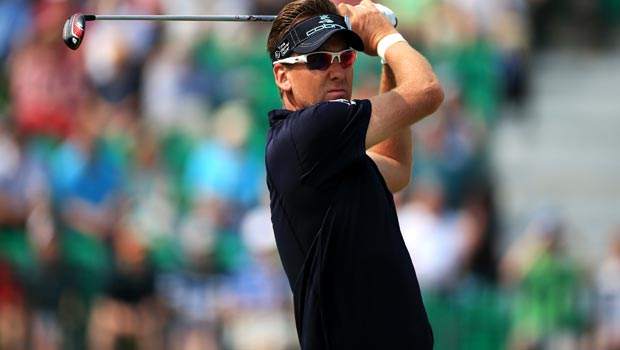 Ian Poulter has rejected the chance to follow Lee Westwood’s lead and prepare for the Ryder Cup at the Wales Open in favour of spending time at home on the driving range and in the gym.

Poulter, like Westwood, was named as one of European captain Paul McGinley’s three wildcard picks this week as the US travel to Great Britain for the greatest team event in golf at Gleneagles later this month.

But the Englishman, credited for starting the incredible European fightback that saw Jose Maria Olazabal’s team triumph at Medinah two years ago, has vowed to repay the faith shown in him.

“I’ll really ramp it up over these next three weeks, because everyone knows how much the Ryder Cup means to me,” Poulter said.

“There’s nothing like it as far as I’m concerned, nothing that comes close to getting the passion and the juices flowing like that week.

“That’s why I tend to play exceptionally well with a European badge on my chest.”

Instead of joining Westwood at Celtic Manor for a chance to acclimatise back to British conditions, Poulter will remain in Orlando – where the range at Lake Nona Golf Club is 500 yards from his home – to prepare for the event.

“Paul asked about whether playing Celtic Manor like Lee might be a good idea,” Poulter added. “But I’m worried the weather might be bad, that it might turn into a slog and if that happened it wouldn’t do me any good in terms of preparation.

“I’ve played a lot of golf recently and I feel I can get more done in the gym and by practising at home. I know how to prepare for a Ryder Cup and get it right.”

Europe have had the upper hand in the recent team competition, winning five of the last six showdowns, and are 1.50 favourites to triumph once again in Scotland this year.

The action at Gleneagles starts on September 26, with the USA on offer at 2.61 to come out on top.