Aitor Karanka: ‘Boro must be positive’ 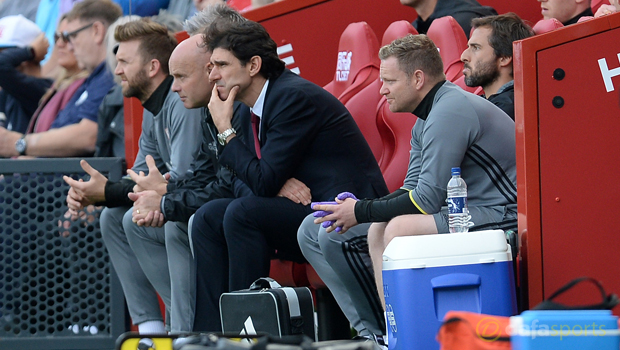 Middlesbrough manager Aitor Karanka has called for everyone involved with the club to remain positive and keeping backing the team to get out of a poor run of form.

Middlesbrough returned to the Premier League for the first time since 2009 this season but they have found life tough, having picked up just one victory.

The sole win came against rivals Sunderland on August 21st – the second match of the campaign – and just two points have been taken from a possible 18 since.

Boro have now slipped to 17th place in the table with a better goal difference the only thing keeping the club out of the relegation zone at the moment.

Frustrations are beginning to grow and the 1-0 defeat to Watford at the Riverside last time out left highlighted key areas that need improving, with the hosts struggling in the final third.

Karanka is remaining optimistic with the season still in the early stages and he believes better results will be picked up sooner rather than later.

“I know that this isn’t a nice moment for everybody,” he said. “But we’re in the Premier League, we’re in October, so we have to be positive.

Boro, who are 3.25 to get relegated this term, face a daunting trip to the Emirates on Saturday to take on an Arsenal side looking for a seventh straight league win.

The hosts, who are level on points with table-toppers Manchester City, are firm 1.25 favourites, a draw is priced at 5.50 while the visitors are massive 12.00 outsiders.