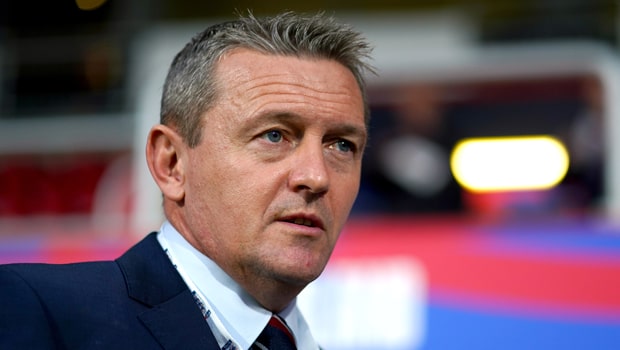 England Under-21 boss Aidy Boothroyd says his side have the opportunity to leave a legacy as they prepare to try and win the European Championships.

England are among the favourites for the title at 4.50 to lift the trophy and Boothroyd is confident his men can handle the pressure.

Boothroyd’s side lost in the semi-finals of the competition two years ago but the former Watford boss is confident his troops can learn their lessons.

In 2017 England flourished at youth level, with the U20 and U17 sides winning their respective World Cups.

The U19 team were crowned European champions and Boothroyd is hopeful that 2019 is the year for his team. He told Sky Sports: “It’s got to be our aim [to win] because one swallow doesn’t make a summer.

We can’t just get the trophies that we’ve got and think that’s it now, we’ve arrived. “The really important thing for us now is to make sure that we keep winning after winning and that’s difficult with new squads.

“We’ve got some very talented players through the pathway, from U15s to the U21s and into the senior side.

“There’s enough there to keep the conveyor belt going for a little while yet and the system is set up in a way that we want to make sure we leave more of a legacy than just being a one hit wonder.

“I’m really looking forward to it and hopefully we can go two better than what we did last time and get a good result.”

James Maddison, Phil Foden, Reiss Nelson and Jake Clarke-Salter are all in England’s squad and the Three Lions are 2.10 to win Group C ahead of France, Croatia and Romania.