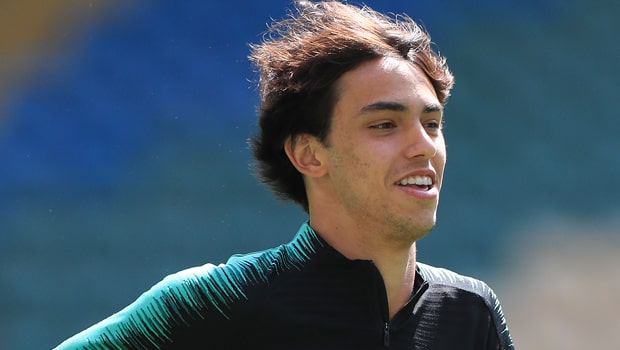 Portuguese giants Benfica have denied reports that claim they have agreed to sell star striker Joao Felix to Atletico Madrid.

The 19-year-old is wanted by a number of European clubs, including Premier League champions Manchester City.

Felix made a name for himself last season after scoring 20 goals in all competitions, while he also got a chance to represent Portugal.

He made his international debut in the 3-1 Nations League win over Switzerland and reports on Monday claimed Atletico had agreed a €120million deal with Benfica. However, Benfica have denied those rumours and claimed their release clause has yet to be met by any club.

“In view of the set of news published in these last hours, Sport Lisboa e Benfica clarifies that it is false that any negotiation process is currently underway regarding a possible transfer of player Joao Felix,” the club said in a statement on their website.

“The conditions for its negotiation are public and known, taking into account the termination clause defined in the amount of 120 million euros.

“More serious, and that deserves our most vehement repudiation and denial, is the false news that refers to negotiations that involve commissions of 30 per cent and which, unfortunately, was echoed in Portugal by the newspaper A Bola.

“We repeat: this information is totally false, absurd and has clear intentions for the reputation and dignity of Benfica.”

Felix will be hoping he is a key part of Portugal’s team in time for the 2020 European Championships, with Portugal 17.00 to lift the trophy.