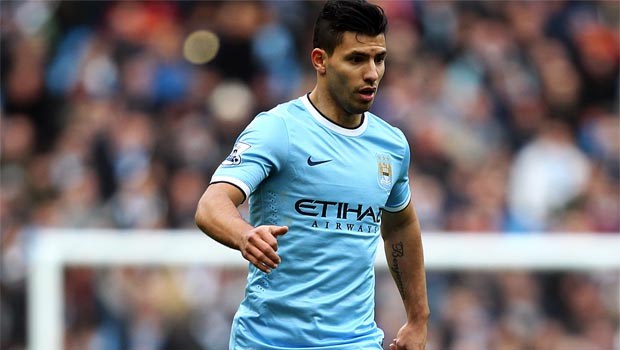 Manuel Pellegrini’s admission that star striker Sergio Aguero could be out of action for up to eight weeks could have major implications for Manchester City’s Champions League progress.

The Etihad Stadium outfit qualified for the last 16 in second spot behind Group D winners Bayern Munich and consequently had to face a group winner.

Barcelona came out of the hat and it was suggested that the contest could be a goal-fest with the attacking options available to both managers.

But it remains to be seen how City will fare in front of goal without the Argentina international hit-man in their ranks over the Festive period and beyond.

It was initially thought that he would be out for one month but, after watching his charges beat Leicester City 3-1 to advance to the semi-finals of the Capital One Cup, the Chilean tactician admitted it could be longer.

“The doctor has said he has at least one month or eight weeks,” he said. “We will see.”

Aguero has netted 19 goals in all competition so far this term and would have been the ideal man to lead the line against Tata Martino’s men due to his five years’ experience of Spanish football with Atletico Madrid.

But, with the first tie scheduled at home for February 16 and a trip to Barcelona on March 12, it is open to debate whether the 25-year-old will be fit to play.

Pellegrini will doubtless point to the riches he has at his disposal but he need look no further than the Catalans for evidence that if you take the star man out of a team, it can have consequences.

Barca are still a superb side but, without Lionel Messi, appear to have lost that aura of invincibility they possessed a couple of seasons ago.

City will be hoping that Aguero’s absence does not have a similar effect.