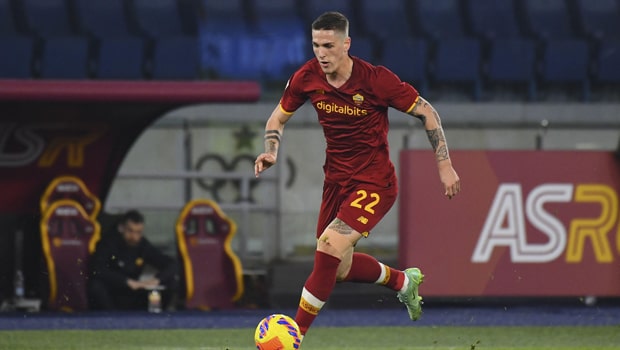 It’s no longer news that Nicolò Zaniolo is one the most sought-after player in the current window transfer, but out of the offers AS Roma have received, that of the premier league side Newcastle United is the highest.

Football Italia reported that the Toon Army offered around €35m for the forward who has signified the intention to leave Stadio Olimpico.
Other clubs interested in him include Milan and Tottenham.

Having tendered a transfer request that made him not be included in the squad for their trip to Spezia, it’s left to who will meet the club’s valuation.

Roma manager Jose Mourinho had said the offers received so far have yet to meet their valuation.

This is an opportunity for Roma to cash out on a player whose contract expires in June 2024.

If there is no club to meet such value now for immediate transfer, the Giallorossi are determined to let him go only if the loan must buy without conditions.

According to reports, Tottenham’s condition is tied to appearances and Champions League qualification, while Milan’s offer relies on a top-four finish in Serie A.

Calciomercato. it was also reported that Newcastle would be a loan with an obligation to buy only if he played 75 percent of their games this season.

However, Roma wants at least €30m with a guaranteed purchase by June 30.

After back-to-back Serie A draws, the Rossoneri are in dire need of a boost. They recently crashed out of the Coppa Italia to 10-man Torino and lost the Supercoppa Italiana 3-0 to Inter.

If he moves to Milan, it will be a boost to the team that has Theo Hernandez, Mike Maignan, Zlatan Ibrahimovic, Fode Ballo-Toure, and Alessandro Florenzi are on the treatment table.

All indications show that Milan are in no hurry to make any addition to their squad and won’t mind having such talent as Zaniolo in their team.