Champions League: AC Milan up against it again 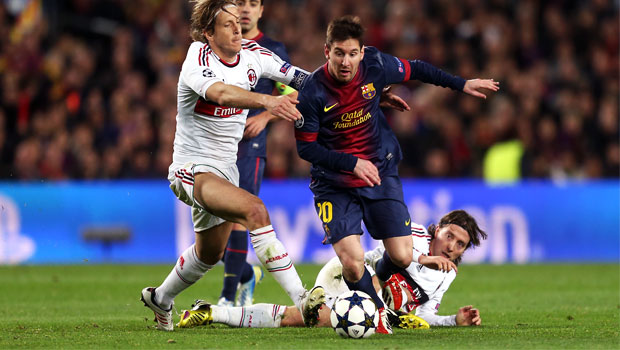 For the seventh time in the last two seasons, AC Milan must find a way to stop Barcelona from putting one over on them when they meet tonight.

Barcelona have dominated recent meetings between the two sides, having knocked the Italians out of the Champions League twice, at the quarter-final stage two years ago, and in the round of 16 last season.

Ahead of Tuesday night’s Group H game, Milan fans will be aware of the fact that their side has managed just three wins in eight Serie A matches and have injury worries to contend with as well.

In contrast, Barcelona have yet to drop a point in Group H and have not conceded a goal. They were surprisingly held to a 0-0 draw by Osasuna in La Liga on Saturday, but Lionel Messi came through his reappearance as a second-half substitute unscathed after returning from a thigh injury sustained last month.

El Shaarawy has not played since September after suffering a thigh injury and then a fractured foot, while Balotelli sat out Saturday’s 1-0 win over Udinese with a thigh muscle injury picked up during Italy’s Worls Cup match with Armenia.

Milan legend Alessandro Costacurta does not think that the current side will be up to the task this evening.

“It is impossible that Milan will beat Barcelona, let alone now, while  the Rossoneri do not come to the game in great shape,” he said.

“Now we are the Barcelona of 25 years ago, with little chance to win titles.”

Celtic meet Ajax in the other Group H game.