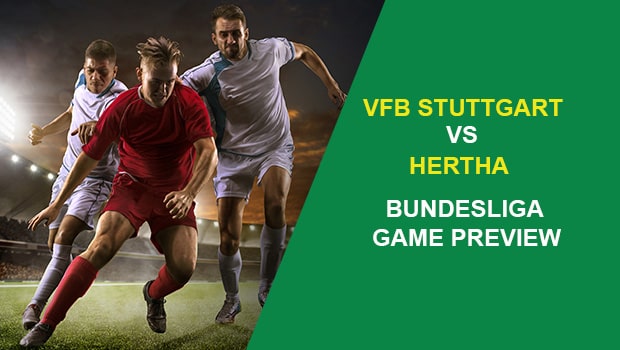 The player to watch in this game is Hertha Berlin defender Maximilian Mittelstädt, who has three assists in six games. Not only is he a key member of their defense but he can also help create scoring chances. Let’s take a closer look at where the value is at in this matchup.

Momentum: Hertha Berlin has been on a downward trend — with 1 win in their last 5 Bundesliga games.

Head-to-Head: These two teams last met in Bundesliga action on February 13 and the game ended on a 1-1 draw.

For VfB Stuttgart, Konstantinos Mavropanos has a 22.7 percent chance to score. He averages 0.8 shots overall per sim, 0.42 shots on goal per and 0.26 goals per sim.

Four-star (out of four) AccuScore hot trend pick on a draw in this one. Average score in simulations is VfB Stuttgart 1.19 to Hertha Berlin 0.84.