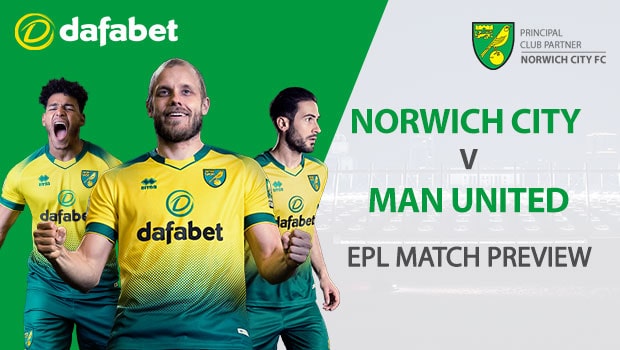 Norwich City gets ready for a marquee matchup this Sunday as they host Manchester United at Carrow Road.

Clearances: Norwich seem to be attacked often. Not surprising that they also are No. 2 in the league with 246 clearances and No. 2 in saves with 37.

Lack of a Balanced Attack: Norwich are No. 15 (out of 20) in the league with just 40 corners taken this season.

Head-to-Head: These two sides last matched up in Premier League action back on May 7, 2016 when Manchester United won, 1-0.

For Manchester United, Marcus Rashford has a 45-to-46 percent chance to score. Rashford averages 3.06 shots overall per sim, 1.26 shots on goal per and 0.60 goals per sim.

For Norwich City, Teemu Pukki has close to a 50 percent chance to net the ball. Pukki averages 2.95 shots overall per sim, 1.35 shots on goal per and 0.69 goals per sim.

Average margin of victory for United in sims is +0.25 goals. Sim data suggests this one will be closer than odds-makers are indicating.