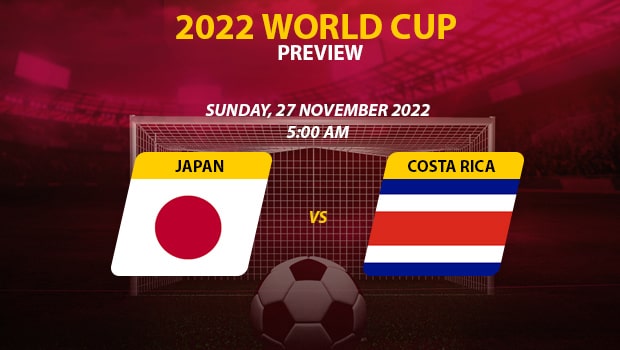 Japan looks to keep rolling when they collide with Costa Rica in 2022 FIFA World Cup Group E action on Sunday.

Japan came from behind to shock Germany and beat them 2-1 on Wednesday. Japan played with poise, pace and they were relentless when they had chances to attack. Spain crushed Costa Rica 7-0 and they could have won by more goals.

These two teams are heading in opposite directions, Japan played a perfect game against Germany while Costa Rica didn’t show up against Spain. That said, Costa Rica hit their low and while they will at least put up more of a fight, Japan will be too much for them.

Two-star (out of four) AccuScore hot trend pick on Japan in this one. Average score in simulations is Japan 0.99 to Costa Rica 0.69.