Who is Snooker Legend Jimmy White? 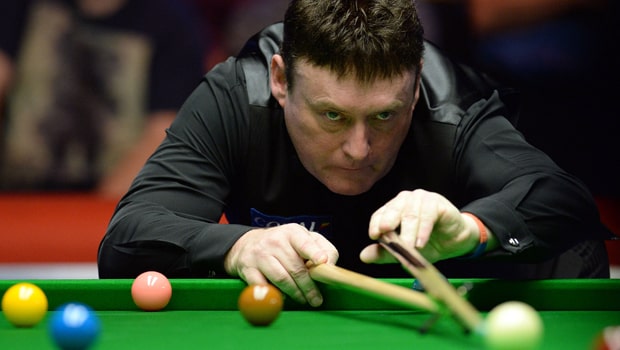 The 2019 Six Red World Championship is fully underway, with defending champion Kyren Wilson already making known his intentions by entering the next stage of the tournament.

However, there’s one seasoned player who has played in the tournament, and also a strong legend in snooker. His name is Jimmy White – a Dafabet Brand Ambassador.

Jimmy White is an experienced English professional snooker player who has won numerous trophies in the game.

The 57-year-old was nicknamed “The Whirlwind” because of his fluid attacking style of play. White became the 1980 World Amateur Champion, 2009 Six Red World Champion, World Seniors Champion in 2010 and 2019, and 1984 World Doubles Champion.

White has clinched two of the three major honors: the UK Championship (in 1992), and the Masters (in 1984). He’s currently tenth on the all-time list of ranking event winners.

He reached Six Red World Championship finals but wasn’t able to win any of the events, the closest shot he had was in 1994 when he lost in a final frame decider against Stephen Hendry.

In other snooker competitions, he won the Nations Cup and the World Cup with England. Jimmy White was also the first left-handed player, and the second player overall to record a maximum break at the World Championship.

With a lot of major titles and achievements, including but not limited to ten ranking tournaments, White’s overall record places him well up the list of snooker’s most successful players.

The BBC describes him as a “legend.” A left-hander, he was able to reach the World Professional Championship Final six times (1984, 1990-1994) but failed to win the sport’s most prestigious title since his first attempt in 1981.

Nevertheless, his consistency began to wane a few years later.

His loss in the 2006 World Championship saw White drop out of the World’s top 32 player rankings.

White’s continued slide down the rankings saw him drop to 65th, but he recovered slightly to move up to the 56th position for the 2009/10 season. White is among the only six players to have completed a maximum break at the Crucible Theatre, and he did so in the 1992 World Snooker Championship.

Jimmy White is one of many prominent players who helped build the popularity of Six Red World Championship.