Posted by OLADIPUPO MOJEED on September 3, 2019 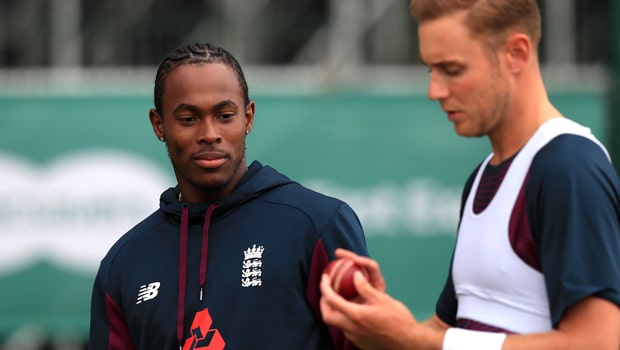 It could be recalled that Smith, who suffered a concussion after being hit on the neck by an Archer bouncer at Lord’s, missed his side’s third-Test loss.

Speaking ahead of his return to the game which holds at Old Trafford, Smith said Archer hasn’t got him out.

In an interview with the BBC, Broad who described Jofra as a fantastic bowler, pointed that he is a better bowler when challenged.

He further stated that when Smith walks to the crease, Jofra will be walking to Archer demanding for the ball.

Australia, the defending champions, will retain the Ashes if they win either of the final two Tests. Although, the five-match series is tie at 1-1 after England’s epic one-wicket victory at Headingley.

The 24-year-old Archer, who qualified to play for England in March, made his debut in May and bowled the Super Over as the hosts won the World Cup in July.

Since then, he has taken 13 Test wickets at an average of 13.53 since his first appearance at Lord’s.

Referring to Archer’s exploit, Broad said the fast bowler had been seen standing up to a lot of high-pressure scenarios already in his young international career.

Noting that the duo is two world-class players going against each other, with a little bit of verbal niggle going around as well, Broad pointed that that Ashes cricket offers the theatre, the excitement, and the enjoyment.

Retiring hurt on 80 on the fourth day of the second Test after ducking into an Archer delivery clocked at 92mph, Smith had already received treatment after being struck on the arm by a short ball from the bowler.

He returned to make 92, but got replaced by concussion substitute Marnus Labuschagne in the second innings as Australia survived to draw the Test.

Smith, with average 126 from three innings in the series, and having been dismissed twice by Chris Woakes and once by Broad, made twin centuries in the first Test.

As he is set to return at number four in the order, this could mean Labuschagne who has scores of 59, 74 and 80 in the series will shift from four to three, and number three Usman Khawaja will move up to open in place of Marcus Harris. England are 1.78 to win against Australia.