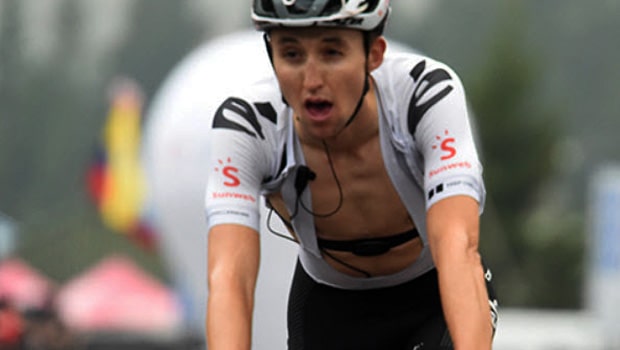 Jai Hindley (Sunweb) was the first to race to the top of Torri di Fraele on Thursday to win stage 18 of the Giro d’Italia. Finishing second after him was Tao Geoghegan Hart (Ineos Grenadiers) followed by Pello Bilbao (Bahrain McLaren) at third place.

Thursday’s race from Pinzolo to Laghi di Cancano was 207km long and featured 4 climbs. Riders had to face the challenging Stelvio summit which was 24km long and was the last but one climb they had to face, the 9km long Torri di Fraele.

The climb at Stelvio was a real obstacle for riders as most of them were struggling to keep up. Joao Almeida, who was at the lead, lost the pink jersey, after being passed by the first team members from Sunweb and Ineos Grenadiers. Almeida then finished at eighth position and is currently ranked fifth overall.

Speaking after the race, Hindley said, “It’s such a beautiful stage today, with such epic climbs. I’m just over the moon to get the win. I saw the opportunity to take a stage and I took it. I think Tao was pretty strong and was also climbing at a really high level here, he’s been super impressive. It wasn’t our tactic to go solo. I followed the plan, got the stage and I’m happy with that.”

Kelderman, who finished fifth but still tops the table, said, “It was a crazy day, super hard, the hardest day of my life. It was a super fight. It couldn’t be any better for us with Jai getting the stage win and me in pink. I knew it would be close but I got it, so I’m happy. We dropped Almeida quite early on the Stelvio and then it was a race – Ineos was super strong with two guys and I couldn’t hold them. So then it was just a race for myself behind them. I’m happy with today, now we recover and make plans and then we see the last stages what happens.”

The Giro d’Italia comes to an end on Sunday, October 25, with three more stages to go before we know who the winner is.