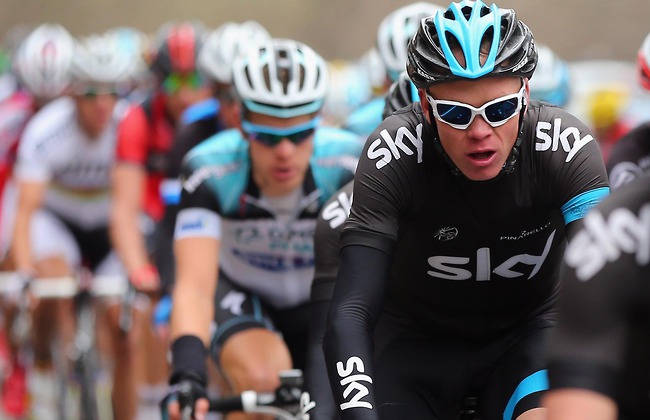 The win saw the 28-year-old emulate the success of team-mate Sir Bradley Wiggins, who triumphed in the same race in 2011 and 2012. Froome beat another team-mate, Richie Porte, by 58 seconds in the overall standings.

The Kenya-born rider said the “counter is back to zero” for road cycling’s upcoming blue-chip race and he was just one of a number of contenders for the yellow jersey.

But the fact he now has victories so far this year in the Tour of Oman, Criterium International, Tour of Romandie and the Dauphine has seen Froome installed as the odds-on favourite for the Tour de France by most mainstream bookmakers.

Porte has a victory in Paris-Nice plus runners-up slots to Froome in the Criterium International and the Dauphine, and he was second overall at the Tour of the Basque Country.

“Those two have ticked off every goal they’ve set this season, raced hard and enjoyed a lot of success,” said Portal. “That breeds massive confidence within the rest of team because they know their efforts won’t be wasted and that Richie and Froomey can deliver the results.”

The Criterium du Dauphine is seen as a good indicator of a rider’s form before the Tour de France and Froome is aiming to go one better than last year when he finished runner-up to Wiggins, who will not take part because of a lack of time to recover from illness and injury.

Stage 1 of the showpiece race is from Porto-Vecchio to Bastia, starting on June 29.