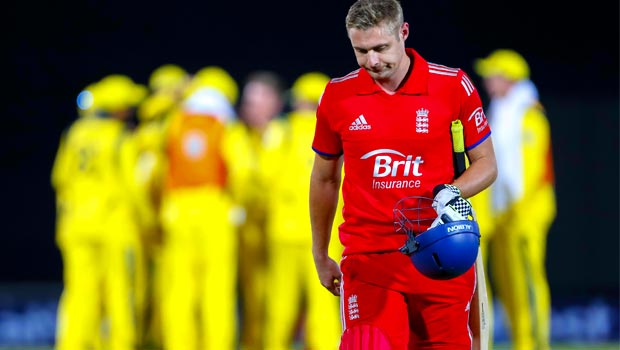 England have lost all-rounder Luke Wright to injury just 24 hours before they start their ICC World Twenty20 campaign against New Zealand in Chittagong.

The 29-year-old has been ruled out of the tournament because of a side strain and will be replaced in the squad by Somerset wicketkeeper Craig Kieswetter.

Wright, who has been carrying the injury to his right side since arriving in Bangladesh, becomes the third member of England’s original 15-man party to drop out because of injury after Joe Root (broken thumb) and Ben Stokes (broken wrist).

Wright tweeted: “Absolutely gutted to be leaving the World Cup injured. Hard to take but silver lining is I will now be at the birth of my second child.”

Kieswetter is expected to arrive in Chittagong on Monday and should be available for the three remaining Super 10 matches.

The South African-born wicketkeeper batsman helped England become the ICC World Twenty20 champions in 2010 – hitting 63 in the final against Australia and earning the Man of the Match award.

However, he has been out of the T20 side for the last couple of years having made the last of his 25 England appearances in the format in September 2012 during the previous World Twenty20 in Sri Lanka.

England are the underdogs to win their opening contest and available at 2.17 on the Money Line with the Black Caps the 1.71 favourites.

Ashley Giles’ men have won only two of their last ten T20 matches while the Kiwis have notched five wins and four defeats from their last ten, with a no result against England from last summer.

New Zealand are averaging 7.25 sixes in T20 matches since the start of 2013 and they struck 16 in their practice matches against Australia and Pakistan, much better than England’s return of five maximums in their warm-up losses to West Indies and India.