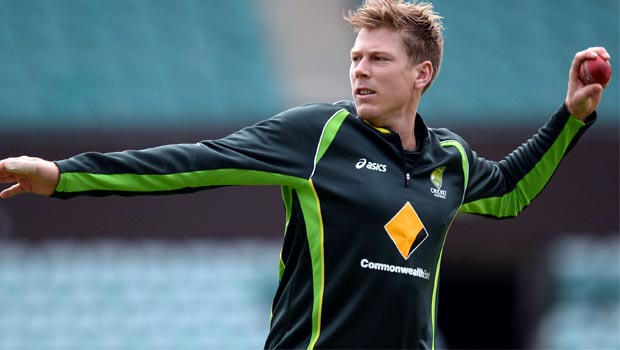 Australia will be without James Faulkner for their opening ICC World Twenty20 clash with Pakistan on Sunday.

Faulkner has yet to recover from a knee injury, meaning that Daniel Christian should retain the bowling all-rounder spot in Australia’s line-up.

George Bailey’s men will be in confident mood after embarking on a run of five wins from their past five games but those were all in vastly different conditions in Australia and South Africa.

The slower pitches in Bangladesh and the depth of Pakistan’s spin bowling attack will test the guile of the Aussies’ brutal batting line-up which includes in-form openers David Warner and Aaron Finch.

They acclimatised to the sub-continental conditions quickly with an opening stand of 113 from eight overs in their practice match against New Zealand in Fatullah, retiring unbeaten to allow others to get time in the middle.

Pakistan can’t afford to lose after their campaign started with a defeat at the hands of great rivals India on Friday.

They paid the price for a lacklustre batting display which didn’t yield enough runs and eventually lost by seven wickets with eight balls to spare.

However, Pakistan still possess an experienced group of bowlers capable of putting Australia on the back foot with the three top wicket takers in T20 internationals: Saeed Ajmal (82), Umar Gul (75) and Shahid Afridi (73) all likely to feature.

These teams have not met in a T20 since the group stage of the 2012 World T20 in Sri Lanka, when Pakistan cruised to victory thanks to their spinners.

And in the two nations’ 11 T20 matches Pakistan have won six, Australia four and there has been one tie, which Pakistan won in a Super Over.