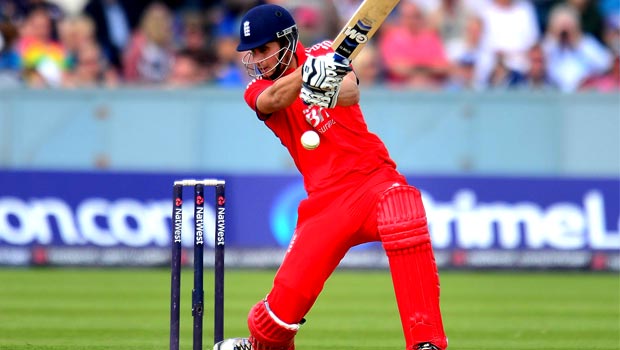 In hitting 116 not out Hales became the first England batsman to score a century in T20 history.

More importantly, it helped England successfully complete one of the biggest run chases in the 20-overs-per-side format (190) to keep their hopes of reaching the semi-finals alive.

After losing two wickets in the first over with no runs on the board, England’s fortunes were transformed by Hales and Eoin Morgan, who struck a fine 57, to win by six wickets with four balls to spare in Chittagong.

“On the biggest stage in a World Cup, in conditions that are a bit foreign for us, it’s one of the best knocks I’ve ever seen,” said Broad. “To take responsibility and win it with a few balls to spare is very special.”

Hales hit 11 fours and six sixes in his 64-ball innings, eclipsing the 99 he made against West Indies in 2012 and Luke Wright’s 99 not out against Afghanistan in the same year.

“It’s the best we’ve seen this winter in an England shirt because it was match-winning,” added Broad, a team-mate of Hales at Nottinghamshire.

“He showed calmness to keep us up with the rate all the way through and skill to clear the ropes at the end.”

For his part, Hales admitted he was “buzzing” after such a fine knock.

“It’s definitely my best day for England, without a shadow of a doubt,” said the 25-year-old. “It’s an amazing feeling and it hasn’t sunk in yet.

“Centuries in this format don’t come along very often and I’ve got out a couple of times in the 90s, so I was pleased to get over the line.

“I always had the confidence I would get the chance again and I’m buzzing it came in a winning side and in a huge fixture for our country.”

England, who are second from bottom in Group One, play South Africa at the same venue on Saturday after New Zealand face the Netherlands.